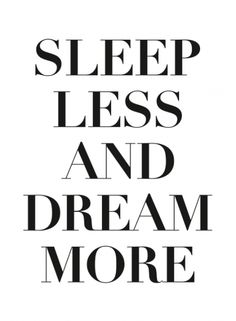 I'll be properly back to LJ on Sunday I hope. First I'll have to survive our xmas-trip with boss and his lovely wife. Today I bought lots of organic stuff for a gift basket to give to Stephan and Mona at the dinner. I spent a fortune at Scholtenhof, the most wonderful shop around.

I don't think I'll take my camera with me, but well, we'll see...maybe I come up with some photos from the xmas-market.

I didn't want to mention it here, because I wanted to keep it a place full of positivity for me for at least a while, but sometimes, well sometimes it's hard not to talk about certain things.
Janosch is very ill again, very ill...and I'm afraid he won't be here with us for much longer. It's so strange...old Lucy with her huge tumour next to her eye (which often bleeds, because she of course loves to scratch it and I don't want to put a collar on the old lady) is hanging on and hanging on...we never expected that and now Jan seems to give up. He has severe pancreas and liver problems...probably cancer (I don't want him to undergo more diagnostics). So one year after Mairi another one (or two...with Lucy you never know) will leave us...soon I'll be left with two cats, who don't like each other :(. Ok, Jan had his health crises in the past, but this one is different...much more severe. It breaks my heart to see my old boy suffer...if he doesn't start to eat again by Monday then it's time to let him pass away. I won't let him suffer for too long. I had my share of a pet suffering a slow death last week...there was a woman who isn't able to say goodbye to her dog. The dog is 16 years old and has a deformed spine...it looks like a naked embryo...just laying on his side (with pressure ulcera) ...she feeds it and that's it...the dog can't move anymore. It's just kept alive by its instinct to eat (or probably the woman forces the food into the dog). But the women insists on keeping the dog, even though the official vet ordered her to let it be put to sleep. So horrible to watch that dog suffer and it IS suffering, because this isn't a dog's life anymore.

What a horrible week...

We (the usual suspects,

meerkat77, Arko and me) went for a walk and some geocaching today and couldn't resist to enter our local graveyard...
There was this machine, where you could buy candles...OMG!!! I had to try it:).

I still have something to share before I disappear for a few days...

My first thoughts on a carnival's costume...one can never start early enough...I think

meerkat77 already ordered tickets for us...lol.
The dress in the background is NOT mine (it's from one of my mum's friends)...I used to wear similar dresses 15 years ago though:).

There's shameless self portraying after the cut...be warned!
( Collapse )

I showed up at B's work today and I desperately need a new home! I was left abandoned and just walked into a cat-lover's home a few days ago, but he can't keep me unfortunately. I'm most probably pregnant(...they didn't make an ultrasound yet though) and approx. 7 years old (I can't remember how old I really am...sigh), but look much younger...well, if you don't look at my teeth that is;).

Look what I found!! Sunglasses and a nice necklace---lol.

21 °C again, blue skies and scents of spring...High time to start with some gardening...I prepared some vegetable and flower beds today...lots of digging:). Tomorrow I'll start with the sowing. Ha, I finally managed to write some more xmascards, hooray...and I prepared a package for Ann and her little ones...so yeah, that was the successful part of the day...the not-so-successful part behind the cut...lol.

But first up here's the little friend who has taken residence in our hall now...